Risk, Stings, and The Universe

Part of my quietude over the past week has involved grappling with the disparate reactions to discussion about beekeeping on campus. In general there has been an outpouring of enthusiasm, but I have also heard quite a bit of concern about various litigation possibilities. Talk of relocating hives away from rooftops and to more secure, secret locations. There is fear of litigation, fear of bees to be confronted, and there are risk assessments to be made and re-made.

The two immediate reactions which evoke concern and some fear which merit a few brief comments: 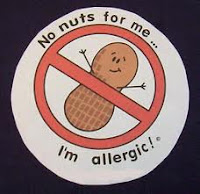 1. In terms of risk of sting allergies: Your chances of dying from a bee sting are significantly fewer than your chances of dying from peanut (or other nut) allergies. If you are allergic, then, naturally, you should steer clear of the hives, and probably bees and wasps in general. But bees shouldn’t be feared on this grounds any more than a jar of Skippy peanut butter.

my own getting stung: I try to avoid stings. This can be done by moving cautiously, slowly, and wearing protective equipment. But I’ve gotten stung before; stuff happens; bees sting only when they freak out – they aren’t aggressive though. You get stung, then you get over it. It hurts for about 10 – 30 minutes, then it itches a little bit, it might swell, then it goes away. The sweetness of the good things (honey, especially) that come of beekeeping far outweigh the pain of the occasional sting, in my humble opinion.
The good and the beauty far outweigh the moments of pain, in this endeavor as with life in the universe.